Cheese has become a staple in American cuisine – as well as foods around the world. It can be shredded and put on salads, melted on sandwiches or used to craft the perfect plate of nachos. There are about a million different varieties, too; from the very sharp to the very fresh. It comes in different colors, ages and origins; whatever taste you crave, cheese can deliver.

Despite its many versatile applications, however, cheese can be absolutely satisfactory when eaten in its plain form. When served correctly, cheese can be a delicious main plate, not just an adornment on other foods.

The origin of cheese predates history. While its first appearance on Earth is unknown, we do know that cheese was eaten in ancient Roman times. The most elite individuals adored cheese, and the demand transformed cheese-making into an art form. To this day, Italy has a deep-seated appreciation for its cheeses and has 46 protected cheeses. In other words, the origins of 46 cheeses are documented and protected by law. Fontina, Gorgonzola, Mozzarella, Parmigiano Reggiano and Provolone are some of Italy’s most popular cheeses.

France is also renowned for its cheese production. There are close to 1,000 different types of French cheeses, divided into four categories: fermier, artisanal, cooperative and industriel. Law protects 56 French cheeses. Some of the most popular French cheeses are Brie, Munster, Boursin and Chèvre.

Wisconsin, California, Idaho, New Mexico and New York – in that order – were the United States’ top producers of cheese as of 2012. Mozzarella, cheddar, Parmesan, jack and Swiss – in that order – are the most popular cheeses in the country. Pizza is a leading source of cheese consumption – particularly mozzarella – for Americans. While the real cheeses have tastes similar to their elders in Europe, Americans are also partial to processed cheese. In fact, America is the leading consumer of processed cheeses – like American and certain varieties of cheddar. 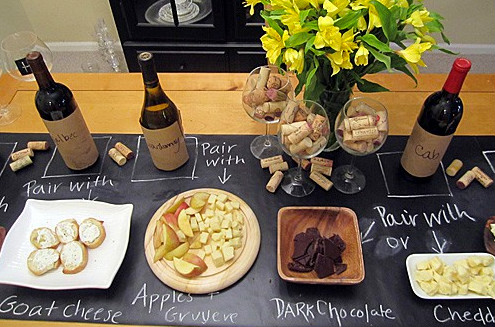 Before you begin pairing wine with cheese, you need to know your types of cheeses. There are four different major groups of cheeses: aged, firm, soft and blue. They’re divided with a number of factors in mind: texture, aging, method for creation, fat content and more. Here’s a breakdown of each group:

appropriately – soft to the touch. They’re wetter, rich or creamy. Brie, feta and mozzarella are popular varieties of soft cheese.

With the many varieties of cheeses – and the equally large selection of wines – pairing can be complicated. Luckily, each group of cheese can often be viewed collectively. For example, three different soft cheeses could pair well with a single type of wine.

Here are a few more simple rules to remember:

See also:  Why Does People Use Cottage Cheese And Not Ricotta? (Solution found)

To simplify the process a bit more, here are 10 popular cheeses, and two wines that would work well with each: 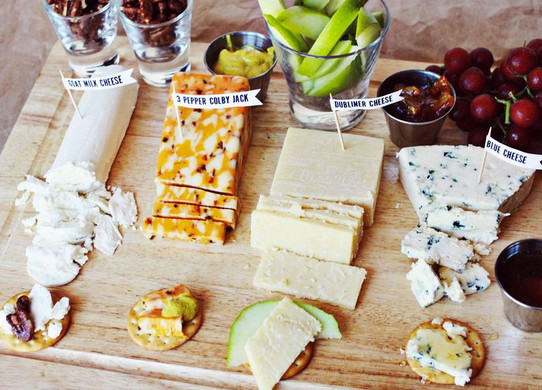 Now that you’re well acquainted with the types of cheeses and the wines with which they’ll best serve you, it’s time to share. Preparing a party cheese plate is a true work of art, not something that should be done without organization and planning. First, consider variety: Every party cheese plate should be versatile. You should have at least one cheese from each of the four main cheese groups. Meaning, at least one aged, firm, soft and blue cheese should make an appearance on your platter. This is sure to appeal to all your party guests, and add aesthetic positives as well.

Now, consider how much cheese you should put out on your plate. Is cheese the main food being served at your event? If so, it’s suggested you serve 1.5 pounds of cheese for every four people attending. If cheese will be a supplemental dish among many other foods, one-quarter pound per person is a good rule to follow.

You should present other food items – finger foods – to pair with your cheeses. If you know the guests have certain preferences, keep that in mind. Cheese and crackers is a traditional pairing, and generally an appealing option for partygoers. Other foods to serve include: jams, dips, fruits, cured meats, nuts and breads. These items should be laid out together on cheese boards or platters, with a small cheese knife and toothpicks, if desired. Each cheese should be clearly labeled; you don’t want guests to feel as if they’re participating in a guessing game.

See also:  What Is The Gi Of Cottage Cheese? (Perfect answer)

Go forth and use this new knowledge of cheeses and the possibilities they present. With your new understanding of flavors and textures, you’ll never be intimidated by a cheese plate again. Combine your knowledge of varieties with your grasp on platter presentation. Your cheese board, and the wines you purchase for pairing, will be sure to please and impress party guests for many parties to come.