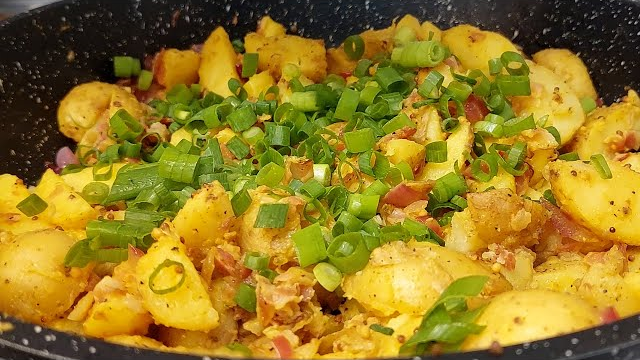 1. Microwave The Potatoes – If you have cooked your potatoes and cooled them but have not yet added dressing, you can microwave them to make them a little softer. Microwave them for thirty to forty seconds at a time. Check the potatoes often to see if they are soft enough.

Repeat the process until you are happy with the consistency. If you have a large bowl of potatoes to microwave, consider splitting it into smaller bowls to save time. Another idea you can try is to cut the potato into smaller pieces. This will allow them to cook more evenly and quickly. If you have already added the mayonnaise to your potato salad, watch the dressing as you microwave the salad.

Mayonnaise contains oil that could split as it heats up. It may be beneficial to rinse all or most of the dressing off the potatoes before microwaving the salad. If you do this, you will ensure that the dressing is delicious when the potatoes are thoroughly cooked. 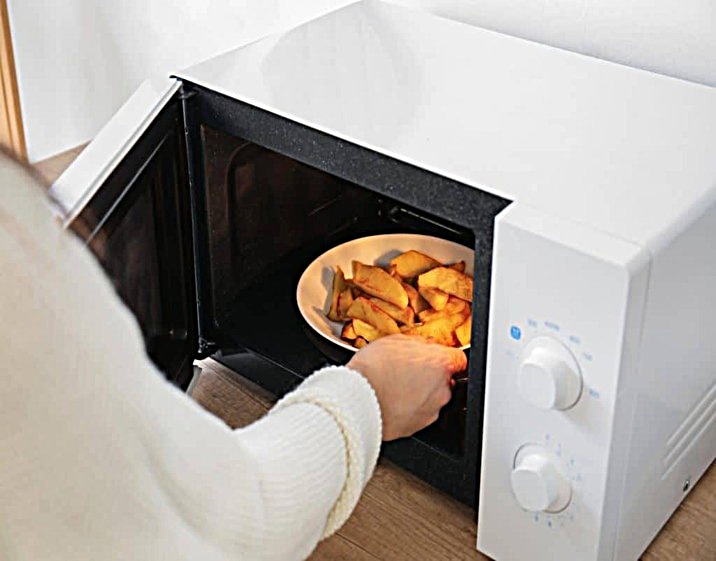 How do you fix undercooked potatoes?

How do you fix potato salad?

Of all of the foods you should make yourself, potato salad is screaming for some DIY magic. The stuff in the tub at the store is just scary, and the deli counter’s potato salad sits soaked in so much mayo, you might think you’re eating soup, not salad.

And it’s summer, which is no time for soup. But the path to good, homemade potato salad is not always an easy one. Overcooked potatoes might turn your salad into a mash, or a thick, uninteresting salad dressing may leave your salad bland. You may even encounter the dreaded undercooked tuber, ruining an otherwise perfectly good salad.

Whatever your gripe, we’ve got a fix for it. Problem: Bland Potatoes Solution: Season Your Water With Salt and Herbs Before bringing your potatoes to a boil, add salt and sprigs of parsley to the stockpot of cold water. This step brings so many extra opportunities for flavor infusion in the potatoes—add garlic if you like, or a tablespoon of vinegar to help the potatoes get even punchier. 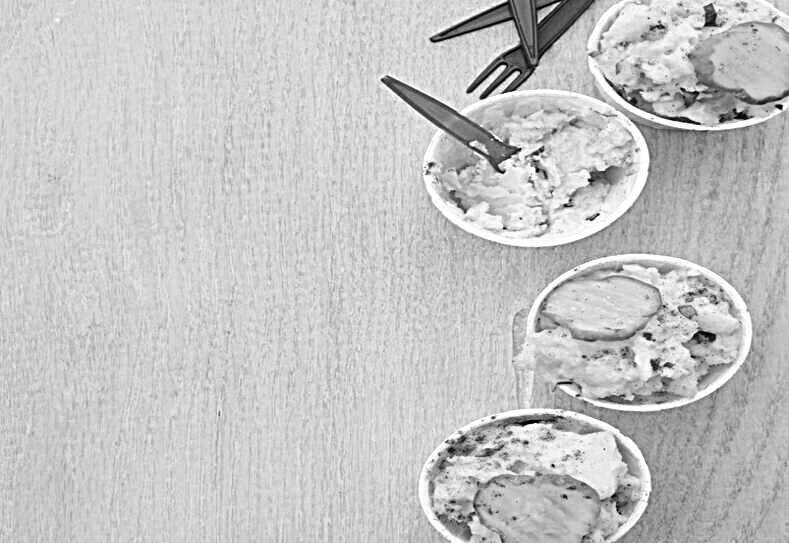 Problem: Dressing That Just Doesn’t Work Solution: Toss Your Taters While They’re Hot When you toss warm potatoes in dressing, they’ll absorb some of the dressing, producing a sort of magical cohesion and better flavor all around. For oil-based salads, toss the potatoes with dressing and vinaigrette when the potatoes are hot. 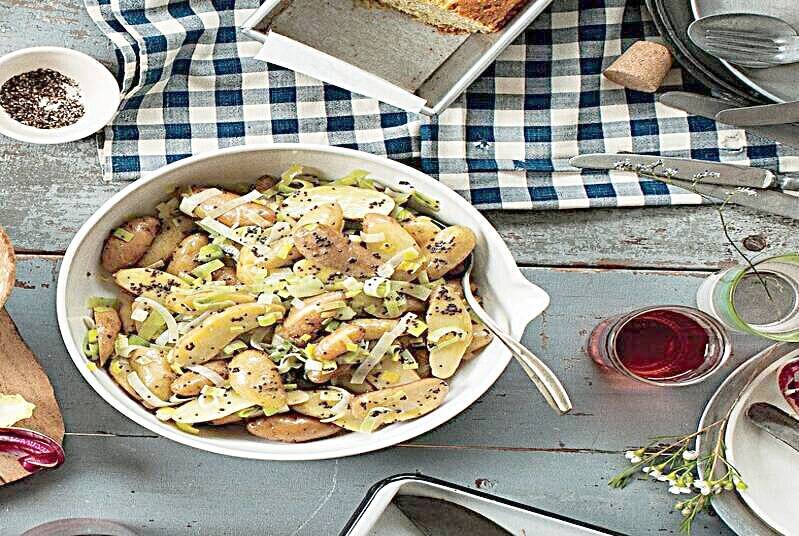 Problem: Soggy Potato Texture Solution: Smart Shopping and a Steam So much of your final potato salad’s texture is based on potato choice. A waxy potato has a great texture and keeps its shape when cooked. Use small baby red potatoes, fingerlings, or baby new potatoes.

The real question is, why would you want to? Raw vegetables are usually considered a paradigm of healthy eating. So why is it that raw potatoes have always been shunned from clean eating regimens? While many have heard of the dangers of uncooked tuber consumption, others have been biting into raw potatoes as one would an apple for years without any serious repercussions.

See also:  How Many Potatoes Grow From One Potato?

The first concern lies in the kind of carbohydrates found in potatoes. Though carbohydrates are a key fuel for the human body, our digestive systems aren’t equipped to break down raw starches, also known as resistant starches. The starchy carbohydrates contained in potatoes remain virtually indigestible before they’re cooked, and provide minimal nutritional value or fuel.

Raw potatoes have also been found to contain antinutrients, which tend to inhibit enzymes in the body, making consumption of other foods unusually difficult. A study in the Journal of Food Science determined that these antinutrients significantly decrease during cooking, and primarily exist in the potato peel.

As with all raw foods, extra care must be taken to remove any outside pathogens (the bacteria that cause foodborne illnesses) before consumption, particularly since no heat source is being used to kill these pathogens. As potatoes carry soil on their skin, if you do choose to munch on a potato raw, it must be washed thoroughly and ideally peeled to prevent the consumption of any bacteria from the soil.

The main source of concern when it comes to raw potato consumption is a toxic compound called solanine, which can cause headaches, nausea, diarrhea, and even death in extreme cases. Though most fully grown potatoes contain only a small, innocuous amount of solanine, all potato plants contain a number of self-defensive substances that mostly develop in the parts of the plant that are exposed to sunlight.

Can you cook undercooked potatoes?

In this case, you should opt for sweet potatoes or brown rice.

Why are potatoes still hard after cooking? 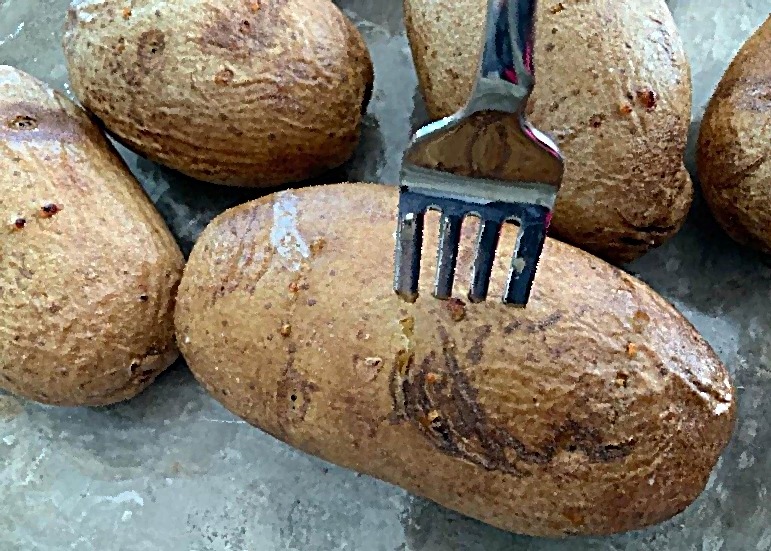 See also:  How To Know If A Potato Is Cooked?

Do you put eggs in potato salad?

Traditional Potato Salad made with Yukon Gold potatoes, hard boiled eggs, and a simple creamy dressing. This easy recipe has been a family favorite for years. When it comes to potato salad, I don’t like anything fancy–just give me the easy, old-school recipe without any weird stuff thrown in! That’s what this potato salad recipe is. It’s the old fashioned, traditional potato salad it’s high on my list of Best Sides to Bring to a BBQ ! It’s the potato salad that goes perfect with a burger, a side baked beans, and a fresh fruit bowl ! 🙂 Ingredients for potato salad include: hard boiled eggs, yukon gold potatoes, buttermilk, mayonnaise, yellow mustard, red onions, celery.

Why is my potato salad gluey? 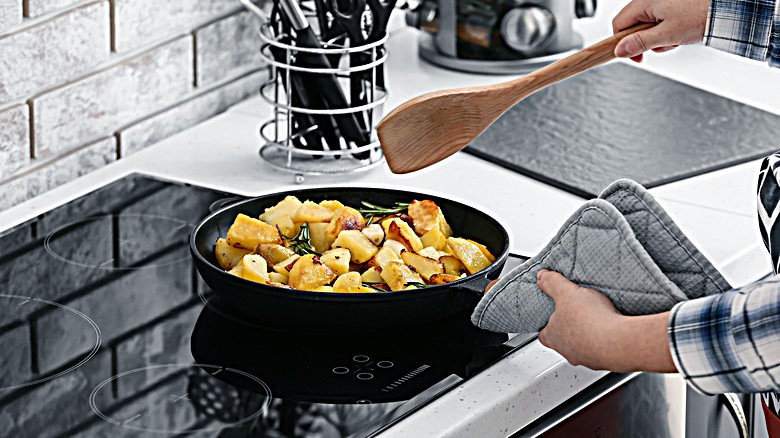 Pixel-Shot/Shutterstock Cooking potatoes may seem like a foolproof process, but the second you lose track of time, you can easily mess them up. If you’ve ever let your potatoes sit on the stove for longer than you intended or accidentally roasted them at too high of a temperature, your first instinct might be to just toss the rejects and start over.

While a gluey potato isn’t exactly the sort of texture you want in most recipes, it works exceptionally well for potato salad. In that application, the extra starch can help the salad’s dressing cling to the other ingredients. So instead of masking the fact that your potatoes are overcooked, you can just as easily use it to your advantage, even if potato salad wasn’t your original plan.

How do you soften potatoes?

The starch in potatoes is made up of sugars that, when put in a hot pan, will start to caramelize and maybe even burn before the potato has had the time to cook through. There are two things you can do to prevent this from happening. First, get the starch off! Rinsing or soaking the potatoes for an hour (or, even better, overnight) will remove some of the starch from the surface and prevent the sugars from browning before the potatoes are cooked.

The second thing you can do is par-cook your potatoes. Boil your cut potatoes in a pot of salted water for about 5 minutes, just until they begin to soften and become slightly translucent. Remove them from the water and let them air dry on paper towels. Once they are completely dry, pan-fry them on medium heat using a few tablespoons of oil to make sure that they crisp up and don’t stick.

(Pro tip: Use clarified butter for extra flavor and richness.) Perfect pan-fried potatoes, with their crispy and buttery golden crust, and that creamy, tender interior are basically what dreams are made of. Very soon, Sloane, you will be making dreamy potatoes of your own.

See also:  Why Is My Sweet Potato Pie Runny?

Can I Rebake potatoes?

Reheat a Baked Potato in the Oven – The best way to reheat food is to use the same method you did when cooking it. Reheating a baked potato in the oven helps keep the potatoes from drying. Preheat the oven to 350°F and take the potatoes out of the fridge to reach room temperature.

Do potatoes get softer the longer you cook them? 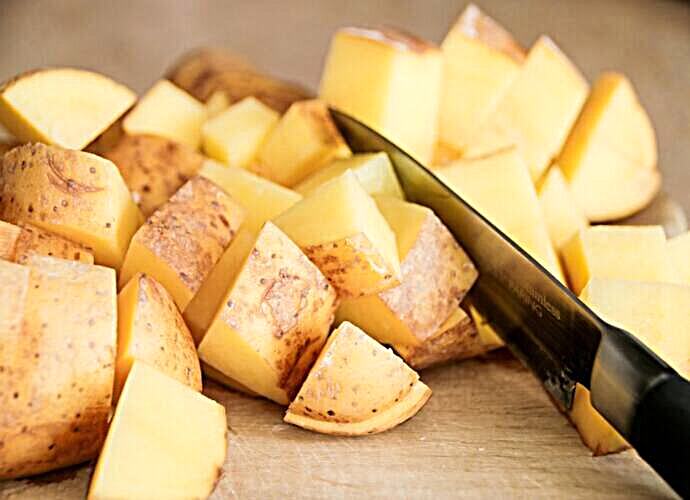 Can you put undercooked potatoes in microwave?

It is with a sinking feeling that you pour the water off the potatoes and start mashing them only to discover that they are not quite done. But, it is very fortunate that there are at least a couple of different things you can do to turn the mashed potatoes into the delicious dish that you anticipated.

In this article, I will discuss everything you need to know about preventing, dealing with, and correcting undercooked mashed potatoes.

Can I Rebake potatoes?

Reheat a Baked Potato in the Oven – The best way to reheat food is to use the same method you did when cooking it. Reheating a baked potato in the oven helps keep the potatoes from drying. Preheat the oven to 350°F and take the potatoes out of the fridge to reach room temperature.

Can you put undercooked potatoes in microwave?

It is with a sinking feeling that you pour the water off the potatoes and start mashing them only to discover that they are not quite done. But, it is very fortunate that there are at least a couple of different things you can do to turn the mashed potatoes into the delicious dish that you anticipated.

The best way to fix undercooked mashed potatoes is to add a small amount of butter and milk and cook them over low heat in a saucepan on the stovetop for 5 to 10 minutes. You could also put them into an ovenproof pan and bake them for about 10 to 15 minutes to finish the cooking process. If you are in a hurry, pour the undercooked potatoes into a microwave-proof dish and microwave on high in 5-minute increments until done.

In this article, I will discuss everything you need to know about preventing, dealing with, and correcting undercooked mashed potatoes.

Why are my potatoes still hard in my stew?

Cet article a été publié par Betty Bossi International, et n’est disponible qu’en anglais.02.09.2019 Ever wondered why potatoes don’t get soft in a stew or when cooked on top of sauerkraut? Wonder no more! A potato’s cell walls contain pectin, and these pectin chains remain stable when they come into contact with acids.