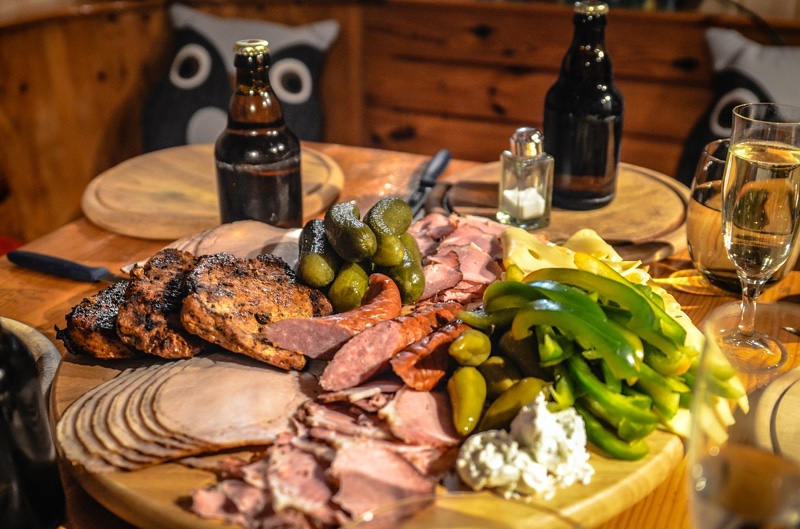 If it is true that we are what we eat, then the guys advocating the Paleo lifestyle are definitely at the far back of the line of evolution.

Yes, processed foods are for the most part deprived of precious minerals and vitamins, and refined sugar, vegetable oil and alcohol are a force to be reckoned with, but that still does not mean that just about every 21st-century Jane and Joe should go all-out caveman with their choice of grubs. Despite the buzz it has gained of late, Paleo has quite a few major downsides which make this diet ill-suited to the modern era, and here we will take a quick look at its most important cons.

Few and far between: Why the Paleo diet is not sustainable

According to Paleo principles, the human diet should be centered around meat, vegetables and fruits, raw nuts, seeds and natural oils such as butter, ghee and coconut oil.

In principle, such a menu sounds okay for most human omnivores – until they learn that each of the items on the list should be organically raised and locally harvested. This means that even if you manage to oust takeout, dairy, crisps and sugar from your plate, you will still have to be 100% sure that all your burgers and steaks come from pasture-grazed animals and that every non-carne slice in your food bowl is harvested from an organic garden in your area. Mission impossible much?

Vegans may complain that dairy products are not necessary for a healthy diet, but this still does not mean that we should all enthusiastically write off milk from our menu as redundant. Milk and its derivatives contain significant amounts of protein, potassium, B vitamin complex, as well as vitamins A and D, and certain studies show that bioavailability of calcium found in non-dairy sources vs. milk should not be taken lightly.

Science is clear: though Paleo works like a charm in theory, consistently following in our ancestors’ dietary footsteps may land you right where they used to be: facing a life expectancy of up to 15-20 years (if you are lucky and a fast runner) and probably plagued by premature bone loss and osteoporosis. Hooray?

Take Paleo with a grain of salt: Why going grain-free is a no-no

Although Paleo does allow the use of vegetables, grains are missing from the cavemen’s carte du jour, which is not precisely a byword for good health. Without grains and legumes, your diet may prove lacking in sufficient quantities of fiber, zinc, iron, magnesium, B-group vitamins, folate and antioxidants which your organism needs for growth, recovery and cognitive functions.

No wonder our ancestors died at such a young age: without proper supplements we have today, their bodies lacked vitality and their minds did not exactly make them the brightest pixies in the forest.

Sleep more, stress less: Do you even dare say Yes to that?

Even if we disregard the fact that the Paleo diet recommends skipping meals now and again (the Paleolithic man obviously did not have the privilege of keeping a fixed eating schedule and neither should you), there is still the issue of lengthy sleep hours and reduced stress levels.

Let us be honest here: stress is a given in the modern era, and even cavemen had to cope with it living in a hostile environment where predators lurked behind every rock and tree. And even if you have stress management skills of a true Buddha, you are still highly likely to fall prey to all the wonderful modern pastime options that often keep us up at night.

The next point on the list of Paleo commandments is clear: turn in soon after sundown, and say goodbye to late hour parties and all-night Facebook chats. It is 8 p.m. and you are still awake? Shame on you!

Early hominoids lived in a world completely different from ours, and their lives revolved around survival requirements that are poles apart from the ones their proud descendants are facing in the 21st century. The climate has changed considerably since the Paleolithic; humans now live in houses, not caves; most of us are on the lookout for well-paid jobs, not worms, roots and other unwary prey; the list goes on.

Transplanting caveman’s eating habits into the modern era is therefore pretty much like taking a long, refreshing dive in Siberia in the dead of winter: you can do it, but do not blame the ice for freezing at the exit point.