Dark chocolate is a superfood, and not just because it’s really delicious. The term “superfood” doesn’t have an official definition, though healthy eaters everywhere know that superfoods represent the holy grail of dietary choices. That’s because they often contain large amounts of antioxidants, polyphenols, vitamins and minerals. A diet full of superfoods can extend your life, slash your risk of chronic disease and even leave you with a slimmer, fitter physique.

As a superfood, dark chocolate boasts these qualities and more. Want to know just how your new favorite treat fits the bill? Read on to find out the five superfood qualities of dark chocolate.

As mentioned above, a superfood is typically packed with antioxidants, and dark chocolate is no exception. Dark chocolate’s claim to fame is its supply of flavonoids.

Flavonoids are nutrients found in cocoa beans. They punch up your body’s production of nitric oxide, a compound that facilitates the widening of blood vessels and, thus, the lowering of your blood pressure. As blood vessels widen, they can also fight against clotting and inflammation. In short, a bite of dark chocolate can diminish your risk of contracting heart disease.

2. It Helps You Slim Down

This is perhaps the best news of all: dark chocolate is actually healthy. In fact, researchers have found that consuming chocolate boosts the metabolism and that those who regularly ate chocolate had a lower body mass index than those who didn’t indulge.

See also:  What Rice To Use For Hair Growth?

This isn’t a green light to replace all of your meals with desserts — however it’s a sign that you shouldn’t go to hard on yourself when it comes to your diet. Allow yourself to indulge in the sweet stuff so that you don’t fall off the bandwagon.

3. It Keeps You Clean

You’ll still have to hop in the shower even if you’re eating dark chocolate — we’re not talking about that type of clean. Instead, we’re talking about the contaminants and free radicals, including cigarette smoke, that roam around in the air you breathe. Antioxidants have the ability to protect your body from the effects of these unwanted substances. 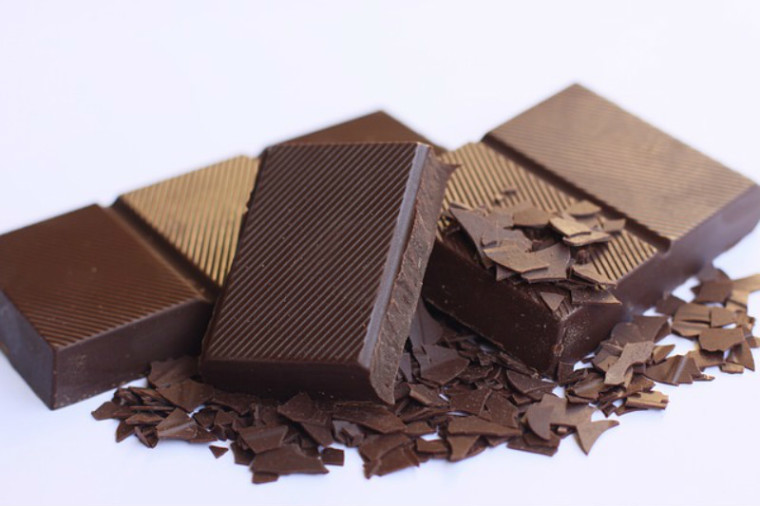 Researchers continue to study the effects of flavonoids on cancer in humans, but they’ve done plenty of studies when it comes to animals. The results have been astounding: Flavonoids have blocked a slew of different cancers in animals. And, while there hasn’t been as much research into the effects of flavonoids on human cancers, one study revealed that they slowed the rapid spread of liver and colon cancer cells.

5. It Boosts Your Brain Power

Dark chocolate may make your brain function a bit more efficiently. Perhaps you could snack on a few squares before your next big meeting, presentation or exam for a clearer mind and a sweeter taste in your mouth. Researchers have explored the chocolate-brain function phenomenon through a study that correlated countries’ national intelligence with the amount of chocolate they consumed. First place went to the makers of Swiss chocolate, who also had a denser population of Nobel laureates.

So, get out there and don’t forget to eat your chocolate. Your heart, brain, waistline and, hey, your taste buds will all thank you.